Which fandom is the dirtiest of them all? 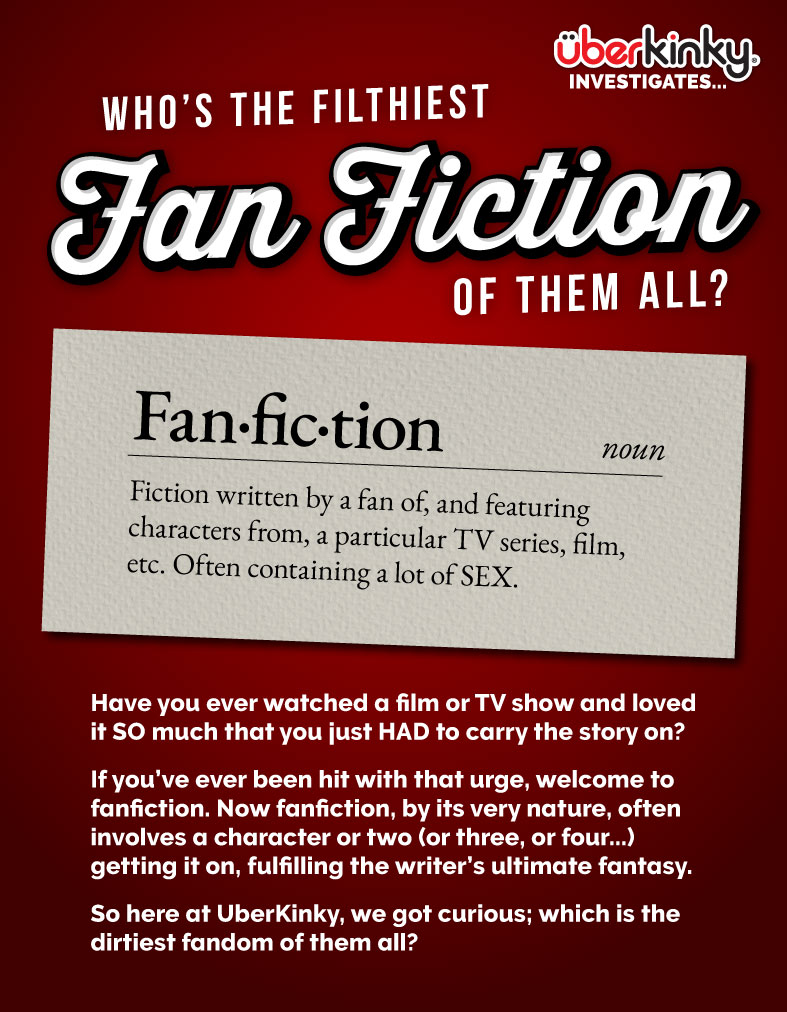 Have you ever watched a film, or perhaps a TV show, and loved it SO much that you felt compelled to continue the story? If that urge sounds familiar, welcome to fan fiction.

For the uninitiated, fan fiction is ‘fiction written by a fan’. Some fan fiction is innocent, and driven by story alone, but not all of it is, and that’s where people’s creativity really comes into play.

Fan fiction is often dirty - as the deepest, darkest fantasies of the fans are immortalised on paper or screen, and unwritten stories come to life - but who out there gets the most creative online? We got curious at UberKinky so delved deep into some of the damn right dirtiest fan fiction from across TV and movies. But which is the dirtiest fandom of them all? 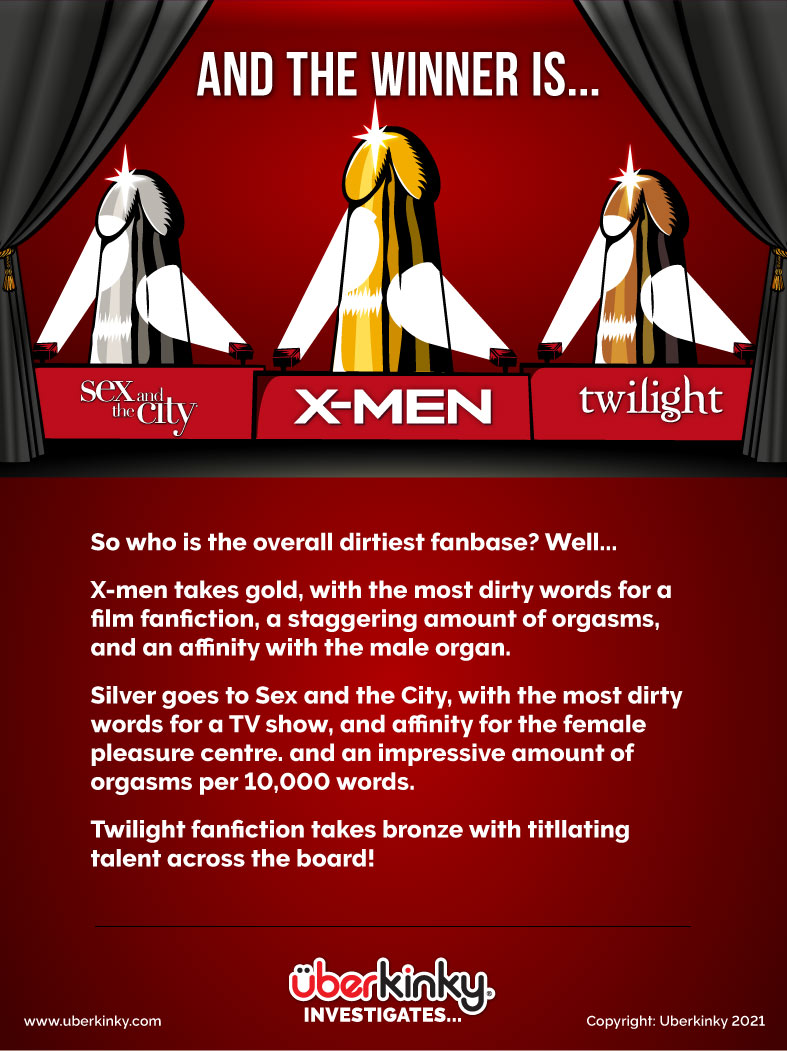 After a deep and very dirty dive into the world of fan fiction, numbers were crunched to discover which fandom out there, across film and television, is the filthiest. We looked into some of the most popular and long-standing TV and movie favourites over the years and examined everything from language used to how many times the subjects had an orgasm.

At the other end of the spectrum, fans of Dr Who are less likely to write the Doctor into a sexy situation, with less than 100 dirty words for every 10,000, while Spiderman fans seemingly much prefer to see Peter Parker firing his webbing than his load. 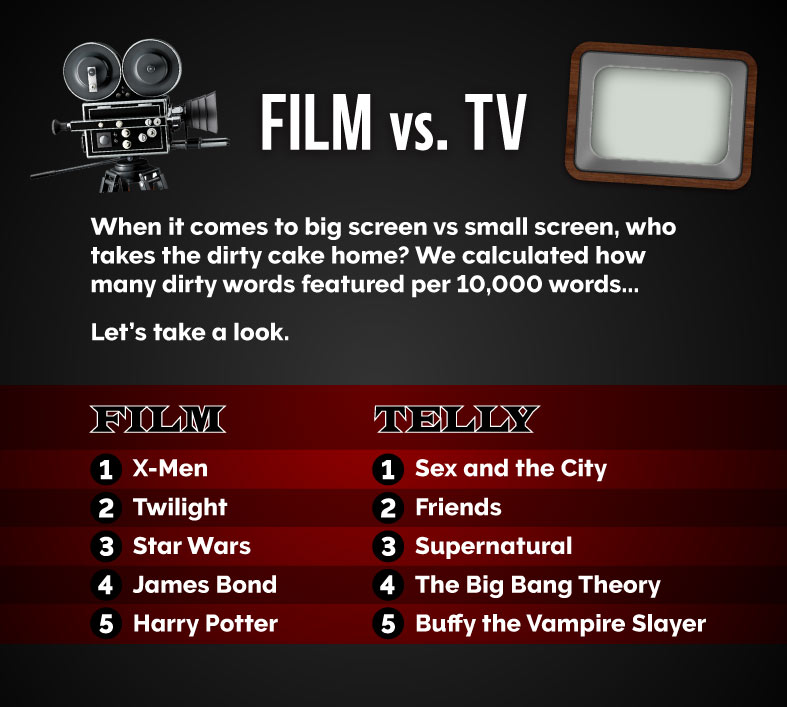 When it comes to the silver screen, the results may surprise you… X-Men has long been seen as a staple in the comic book world, with the characters more concerned with saving the world than boning one another. Twilight will shock no one - it is the series that inspired Fifty Shades of Grey, after all. And as for Star Wars… Is nothing sacred anymore?

The Orgasmometer: Reaching the Climax

Minding the C’s & F’s: The most common dirty language

“Cock” takes up plenty of the word count throughout fan fiction, with Game of Thrones fans particular lovers of male genitalia, while “fuck” and “mouth” complete the top three most common dirty words found across the study.

P’s v V’s: The battle of the sexes

There’s no doubt that fan fiction authors have more fun with the male anatomy; penis, and synonyms of, were mentioned 29% more than female sex organs in the top five alone - but which fandom loves genitals the most?

What’s a sex scene without a sex toy or two? You can’t do the job without the tools of the trade, so let’s see how many times characters reached for a helping hand. Across the 20 different TV shows and movies, sex toys were mentioned almost 200 times, with butt plugs the most popular. Interestingly, the “plug” of C-3PO was heavily featured in one particularly graphic chapter of a Star Wars title.

You’ll often find thirsty fans on social media, telling the world how much they fancy one actor, or how much they’d like to bang another. But nobody has ever uncovered just which TV show or movie has the dirtiest fans. To uncover the answer once and for all, we took 10 of the most popular TV shows and films within the realms of fan fiction, and analysed their content.

The dirty words were then broken down into the categories featured above, with the winners and losers then totalled. `