The store will not work correctly in the case when cookies are disabled.
Customer Services
United Kingdom
Currency GBP
Uberkinky Logo 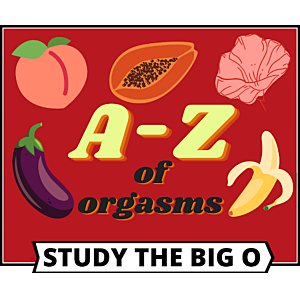 Aside from making us moan and groan, ooh and aah, how much do we really know about the Big O? Health, happiness and horniness, orgasms help us in oh so many ways, and there’s quite the range out there, did you know? So in honour of National Orgasm Day, we delve deeper into the world of orgasms, giving you its A-Z of sexual glee. 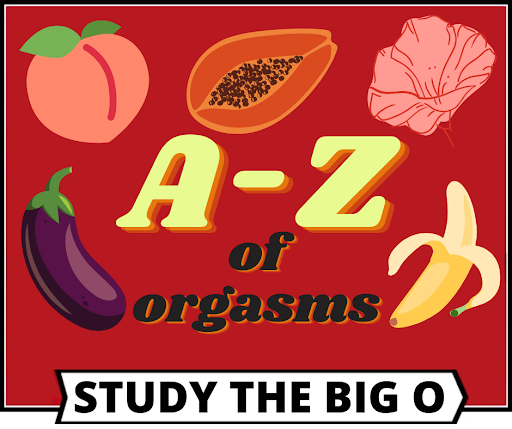 C is for C-spot - Don’t worry, this isn’t a spot buried deep inside; it’s simply another name for the (hopefully) often explored clitoris. Magic button… Happy bean… Whatever you call it, there are around 8,000 nerve endings in this area, and I challenge you to hit every single one of them.

D is for deep vaginal erogenous zone orgasm - Oh boy! What a mouthful! The clitoris isn’t the only pleasure button that exists below the belt. Both vulva-owners and sex researchers have said that there are additional hotspots inside the vagina that - when stimulated in the correct way - can lead to what is known as a deep vaginal orgasm. Go deep or go home, right?

E is for erogenous zones - Contrary to Monica’s infamous scene in Friends (“SEVEN!”), there are so many more erogenous zones than you may think. One study found that (lucky) participants could identify 41 pleasure spots. Phew!

F is for frisson - Have you ever felt that rush of goosebumps when your partner whispers something dirty in your ear? That, my friends, is called frisson, also known as a ‘skin orgasm’. Many lucky people describe this experience as waves of pleasure coursing over the skin...

G is for G-spot - Do we really need to explain this one? The G-spot - not a myth - can be found by inserting a finger into the vagina and pressing forward as if you’re making a come-hither motion. There should be a ridged or bumpy area that feels almost like a walnut.

H is for hair - Brazilian or full-grown bush… The subject of pubic hair is hotly debated, both for aesthetics and for pleasure, but by going bare you could be cheating yourself out of even more pleasure. If you or your partner lightly brushes the area, the bending of the hairs sends a signal to the follicles, which will pass the message on to your nervous system.

I is for immunity - An orgasm a day keeps the doctor away. Unless you’re into medical role play, of course. According to the BMJ, those who orgasm two times a week (or more) can add up to eight years onto their life. Other studies have shown that orgasms can boost the immune system by upping the white blood cell count too. Quick! Do it for health!

K is for kink - People love all kinds of things, but did you know there is a kink for orgasm denial? Controlling how and when someone has an orgasm can be quite the power move.

L is for lube - Many misinformed people believe that if you reach for a squirt then you’re not really turned on - now that’s just not true. Lube makes everything feel better and can even introduce you to a whole new world of sensations. Never ever skimp on lube.

M is for multiple - As opposed to one orgasm after another over and over again, multiple orgasms is when you have more than one in a single session. So the next time you’re getting it on, take a short break, then try stimulating elsewhere for round two.

N is for nipples - Your nips contain hundreds of nerve endings, and if you play for long enough, you may be the recipient of the elusive nipple orgasm. Many lucky people have described a nipple orgasm as something that sneaks up on them and then explodes out of nowhere. Excuse me, BRB.

O is for oxytocin - The link between oxytocin (the love hormone) and orgasms is a strong one. Oxytocin is released in bucketfuls when you orgasm, which helps facilitate those feelings of love and attachment. You can also blame oxytocin for the urge to cuddle after sex.

P is for P-spot - P for prostate. That gland that makes up part of the male reproductive system is partial to some play too, you know. Internal or external massaging can stimulate the area to reach, oh yes, an orgasm! Word on the street is that some say it’s even better than the penile orgasm.

Q is for quickie - Sure, foreplay is fun and it’s great to take your time. But have you ever just needed to have someone right there and the passion takes over, you don’t even take all your clothes off and it’s just fast, quick and powerful… Excuse me, I’m off to take a cold shower.

T is for tension orgasm - Yes, also a real thing not related to stress. Tension orgasms are common and come from direct stimulation often when the body and muscles are tense.

U is for U-spot - U as in urethra. Yes, you read that right. And while it may be tricky to do, stimulating the urethra is said to result in the strongest orgasms of all. There are even urethral sounds/sex toys out there!

Y is for youth - Forget Botox, one study found that people who orgasm four or more times a week look up to seven years younger.

Z is for zzz - And finally, let me leave you with the nugget of truth that you can actually orgasm in your sleep, even if you own a vagina. No longer the sole territory of teenage lads, nocturnal orgasms can occur when you have a sexy dream and can happen without any external stimulation at all. Oh, and orgasms release a hormone called prolactin, which makes you feel relaxed and sleepy. Easily nod off after you’ve got off.