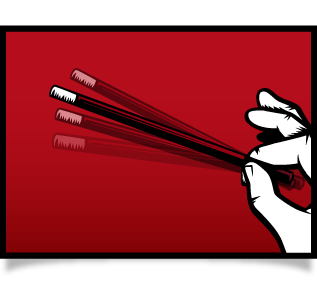 Wish you could wave a magic wand and enjoy much more satisfying sex play? Well, now you can… literally!

So, you’re toying with the idea of allowing a wand vibrator access to your magic circle? Well, be warned; these heavy-duty implements are only suitable for those that like to play hard! Typically mains operated, wand vibrators boast extreme power and transmit vigorous vibrations that will rock you to your very core. The distinguishable design consists of a long, ergonomic handle with a large bulbous head that flexes with the body for customised sensations. Kind of a big deal, the sheer size of this sex toy enables it to house the most powerful motor of all its counterparts. This ensures unparalleled stimulation and the most intense experience you can imagine… however you choose to play with it!

So, discover how you can have the magic touch, by reading our Beginner’s Guide today!

Reasons You Should Try Wand Vibrators

Find wand vibrators worrying? Not sure you could handle all that pressure? Well, this type of toy will really do magic for your sex play and here are 4 UberKinky reasons why;

Leading the way when it comes to clitoral stimulation...

Why have one when you can have two, or three, or four...?

May the force be with you; orgasms just keep on coming...

It’s safe to say that you’ll need to prepare your pussy or your penis for the sheer power that it is about to encounter! Start off by touching yourself (or have your partner do it if you’re playing in pairs) to encourage blood flow to your best bits. Remember, the more blood flow you encourage to your nether regions, the stronger your orgasm will be!

Now you can accessorise and customise your experience! There are a variety of different attachments to choose from to ensure that every time you play with your wand you experience something different.

If you’ve decided you’re ready to wave goodbye to inferior sex play, but are unsure which toy will give you the best buzz, here are our UberKinky bestsellers;

View All Water Based Lubricant