The store will not work correctly in the case when cookies are disabled.
Customer Services
United Kingdom
Currency GBP
Uberkinky Logo

OFFER EXTENDED: Celebrate Cyber Monday With £5 Off Every £25! Use Code: CYBERING At The Checkout Offer Ends Midnight Sunday 05/12/2021 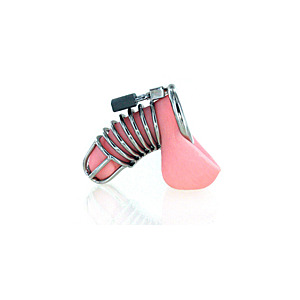 We’ve reached the half-way point of our UberKinky Birthday celebrations and we’re still partying heartily! We’re overjoyed that you have been enjoying our birthday festivities and specially picked give-aways. We’re continuing the party this week by giving away one of our new chastity devices. The Spiral Chastity Device has over shadowed sales of our more popular brands of chastity devices and now it's available in body safe stainless steel. One lucky winner will find out what makes our spiral chastity device so great! Just read what one of our original Spiral wearers have to say… [caption id="attachment_470" align="alignright" width="500"]

As it’s slightly smaller than a CB-6000 there's no chance to get erect as the steel stops any erection attempt in its tracks. – Locked

I have been locked in a cb3000 and cb6000 before trying this device. It is superior to both of these…It also looks good and sits more naturally, allowing its use under relatively tight trousers that would not have hidden the cb. – LU

Fits nice, very very comfortable and I adjusted to it in like an hour. No noise when you walk, can't tell you are wearing it under clothes. Easy to clean, no issues sleeping. What can I say, buy it! – Nick